This image is so long! Well not really if we were to discuss the height but in relation to its width. This was a watercolor study done to work on color and shape development. It was a very loose and carefree piece which was nice as it allowed me to work very naturally. Enjoy and see you next time!

For those of you that are not aware, New England has had an astronomical amount of snow, 6 feet in two weeks to be exact. Having grown up here I consider myself a true New Englander but this would test a lot of people. I will say that I have had more snow days in the past two weeks than ever before in a season granted if we were to really get into it, I just work for a better company now that seems to understand that my job is not worth risking my life. Thank you current employer! Anyway, this image started with a rant about snow which quickly developed into something else. In the process of clearing out my house of snow I have started sculpting the snow into unnatural shapes but there is something about the idea of taking what is natural and tweaking it a bit to make you stop and question whether it could actually have occurred naturally or had a helping hand. I always think back to playing at the beach or in the woods where out of human habit we pile things up or lay things down. After a while it become part of the surroundings but there is still an unnatural quality to it. Enough. Enjoy and see you next time. 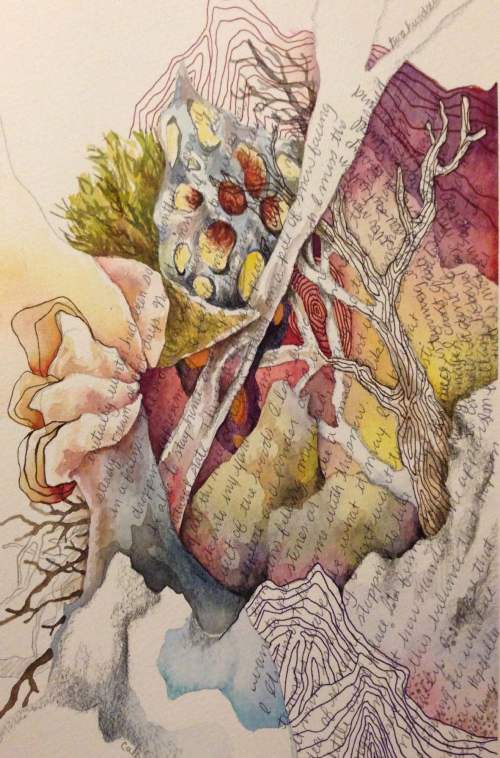 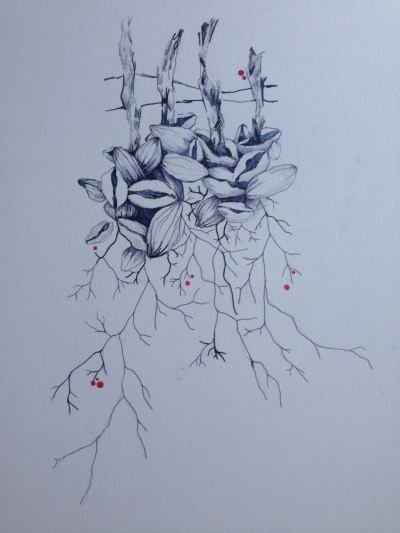 A quick sketch from Friday, prior to starting work I decided to draw to start my day off the way I wish everyday could start. I did end up finishing it at home but it was nice to be able to stop throughout the day and take a peak at the image and add little elements throughout the work day. Enjoy and see you next time!

I feel like people are going to wonder what I am thinking about but current;y I’m not really sure. All I know is I am fixated on this idea of the body, being rooted and becoming part of the environment that surrounds you. It seems natural that I turn to different type of growths such as a fungi, since I have always been captivated by their shape and color. They are a strange organism, growing on decaying organic matter. Anyway, it just feels like another piece from a series of images floating around in my head. Enjoy and see you next time!

Saturday Morning sketch. Looking forward to doing more of these since they are much less stressful. Enjoy and see you next time! 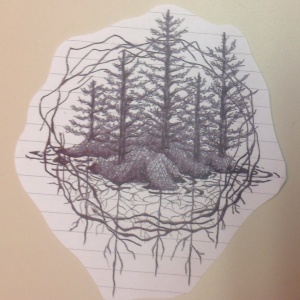 Image based off of memories from family vacations to New Hampshire 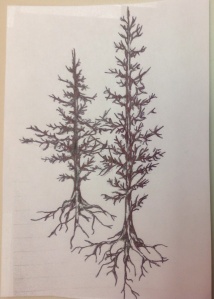 Above are a collection of sketches I made for my new tattoo. Initially the idea was more involved but the longer I worked the image the simpler I wanted it. Although I do love the first two images they would have made for a more complicated and probably less clean image. The tattoo has a lot of meaning for me however I’m not to inclined to discuss it on here. Maybe if you know me I’ll tell you in person. Enjoy and see you next time.